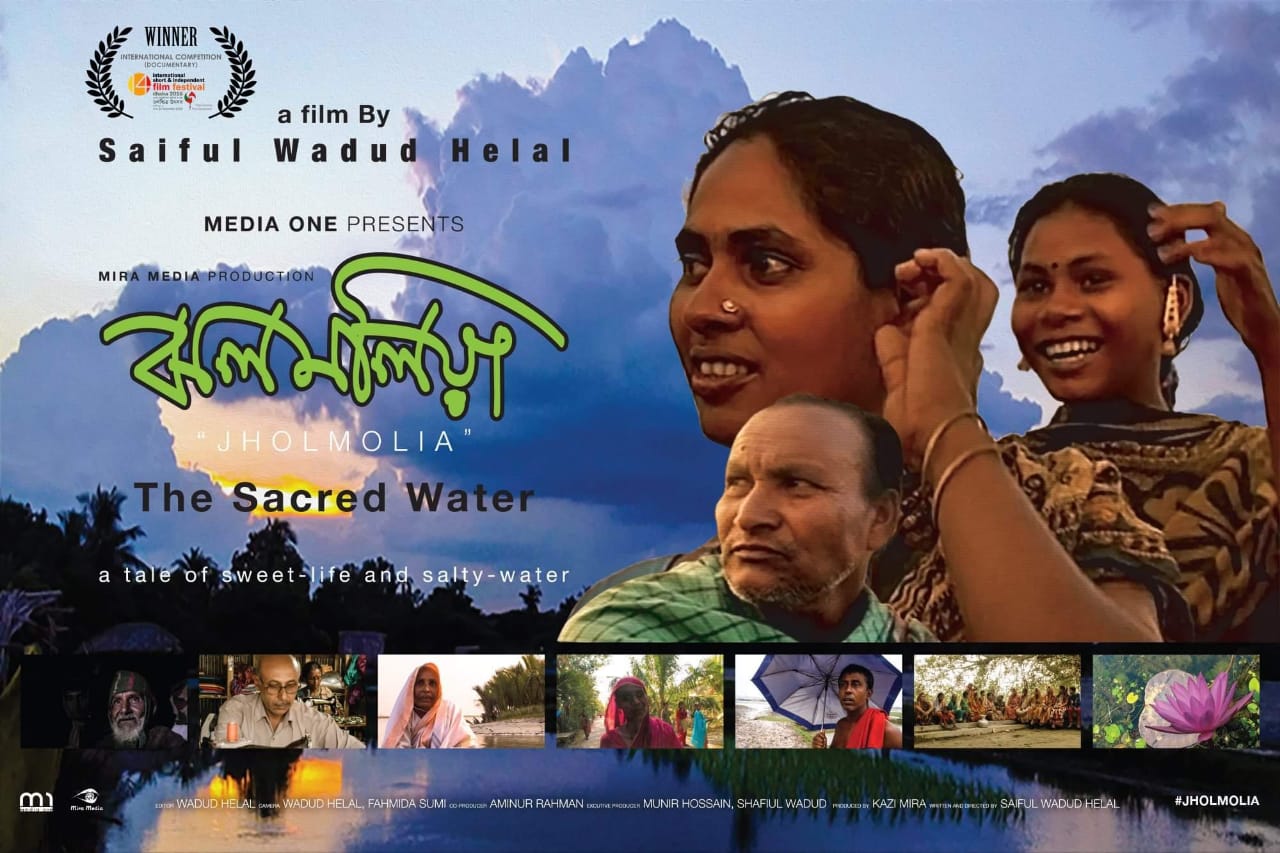 There is this village in the coastal belt of southwest Bangladesh. And the village has “Jholmolia” the shimmering pond that adds sparkle to the life of its people. Being near the sea, drinking water is scarce all across the region. The pond has been the only source of drinking water for the residents. In 2009, Cyclone Aila flooded the entire region; the pond was somehow spared. The villagers see this as a miracle. They also believe that the pond is sacred. Life and living for the people of this area, their folklores, stories, and tales of miracle centre on this pond. With the passage of time nature alters, so does environment. They leave their imprint on the lives of people nurtured by nature. “Jholmolia - The Sacred Water”, is an intimate observation and exploration of the life and living of people in a south west coastal village of Bangladesh over a six year period in the aftermath of a Cyclone.