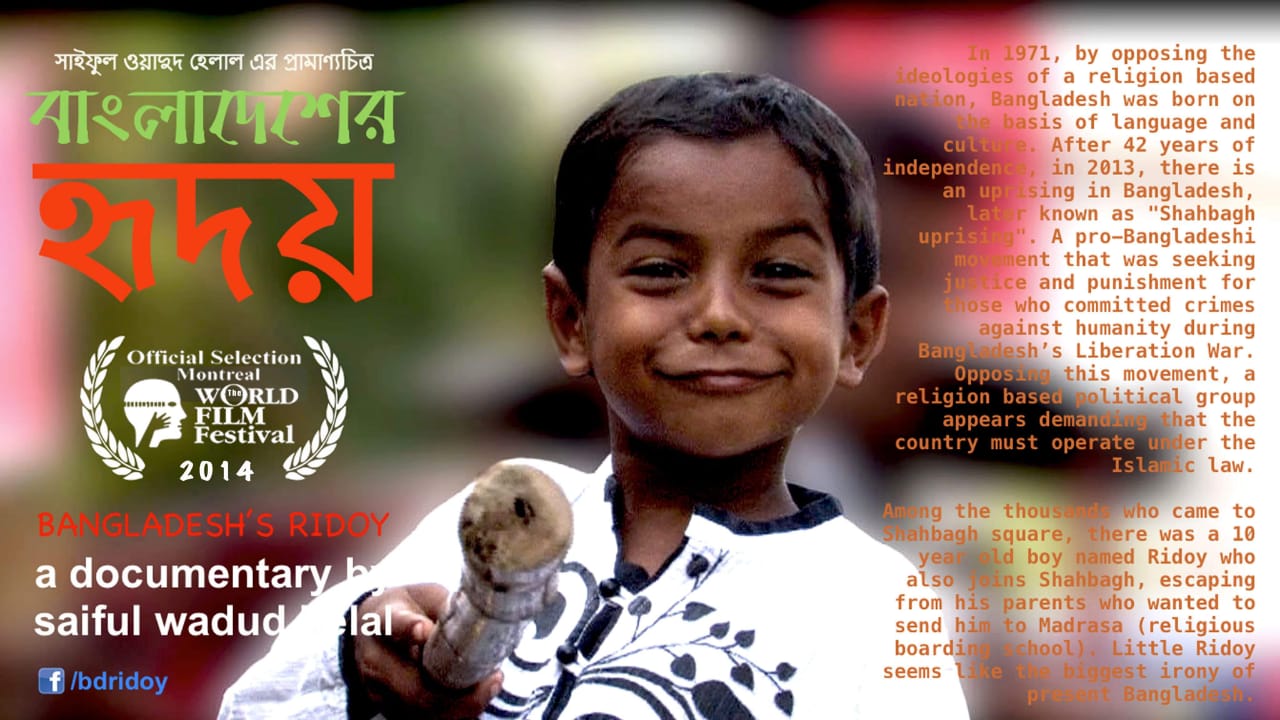 In 1971, by opposing the ideologies of a religion based nation. Bangladesh was born on the basis of language and culture. After 42 years of independence, in 2013, there is an uprising in Bangladesh, later known as 'Shahbagh uprising'. A pro-Bangladeshi movement that was seeking justice and punishment for those who committed crimes against humanity during Bangladesh's Liberation War. Opposing this movement, a religion based political group appears demanding that the country must operate under the Islamic law.Among the thousands who came to Shahbagh square, there was a 10 year old boy named Ridoy who also joins Shahbagh, escaping from his parents who wanted to send him to Madrasa (religious boarding school). Little Ridoy seems like the biggest irony of present Bangladesh.