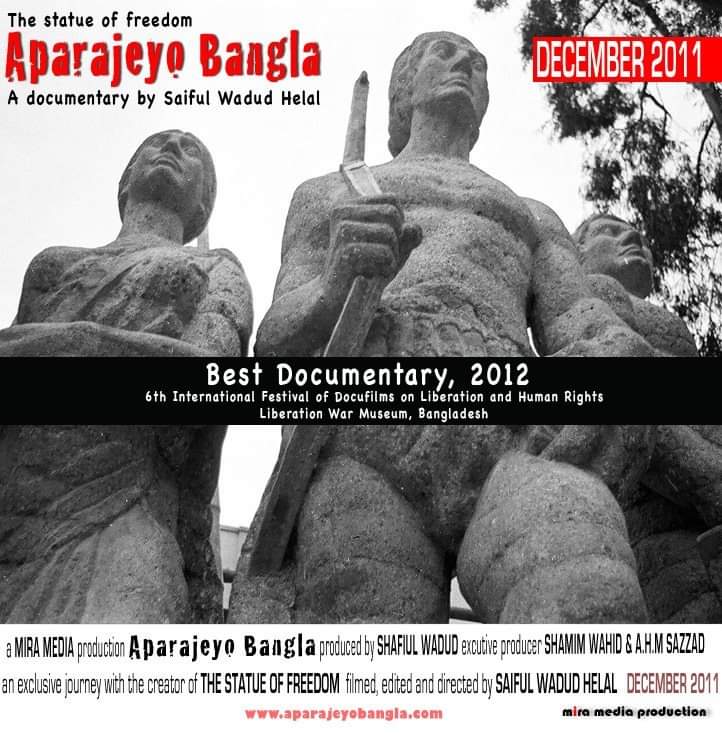 Aparajeyo Bangla- the supreme structure symbolizing Bangladesh’s struggle for independence, its mammoth victory against oppression, pride of its people in the country’s history, culture, and legacy- takes on a luminously new dimension as the film “Aparajeyo Bangla” neatly weaves history, documentary evidence, and penetrating interviews with key movers and shakers of the sculpture. Interviews with the creator of the sculptor, the tremendously spirited youth, and the highly committed cultural groups, walk us through the perilous journey to create, protect, and preserve the amazing creation in the face of threats from religious fanatics to destroy it, and leniency of the power circle giving them the indulgence to do so. The film ends on a high note as Aparajeyo Bangla no longer remains a static structure. Transcending the divide between stillness and movement, it becomes the binding, motivating, driving force evoking protest, and inspiring conviction and commitment to uphold the unbridled, indomitable spirits of the people of Bangladesh.