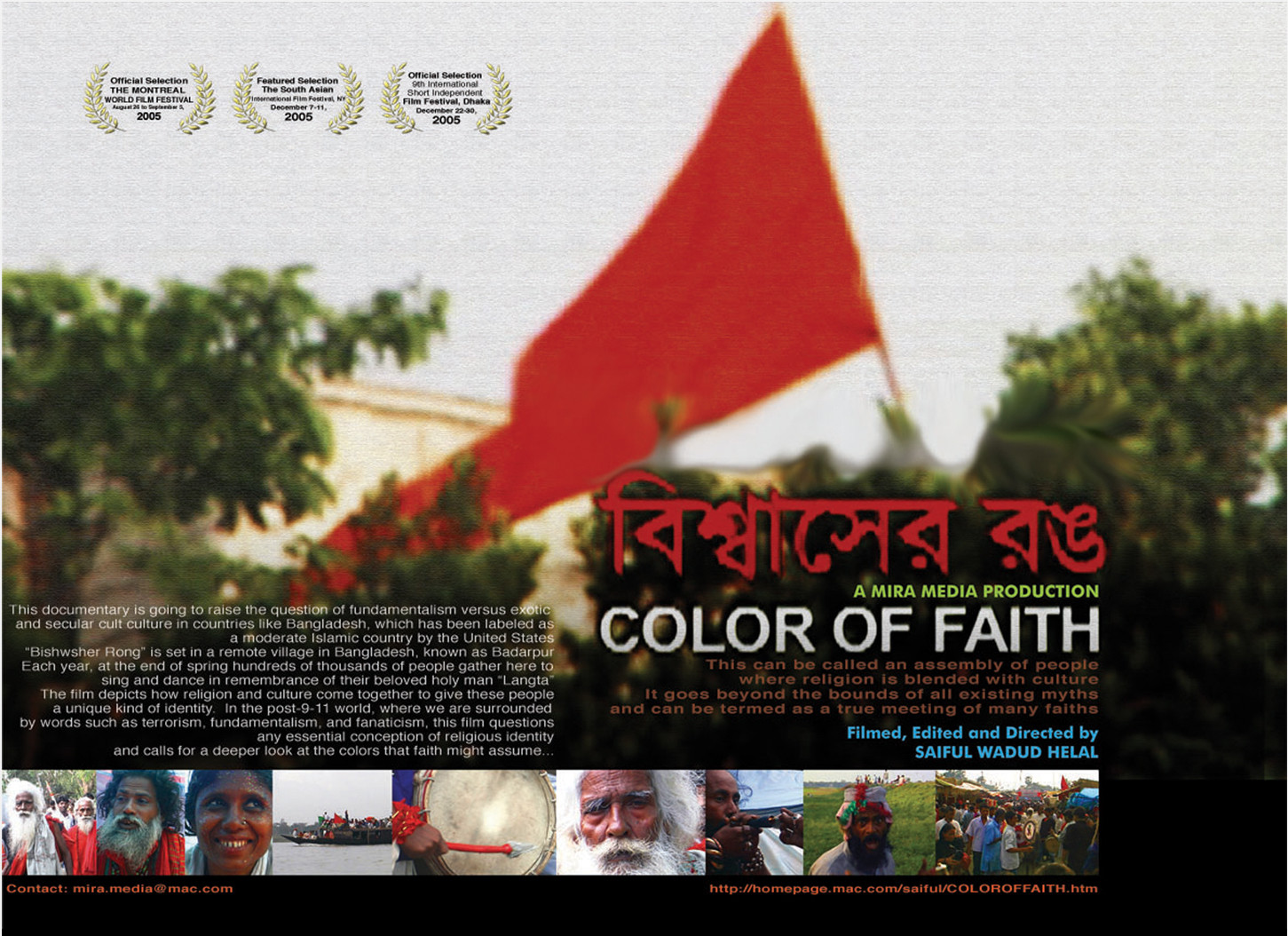 This can be called an assembly of people where religion is blended with culture. It goes beyond the bounds of all existing myths, and can be termed as a true meeting of many faiths. Each year at the end of spring hundreds of thousands of people gather for seven days in a remote village in Bangladesh known as Badarpur. They sing and dance in remembrance of their beloved saint “Lengta”. Hundreds of similar religious congregations are held in Bangladesh throughout the year. The people of this country struggle every day with nature for survival. They acknowledge, appreciate and revere all the forces of nature. Religious faith provides them with added strength and courage. The sapling of religious faith brought over by Sufis and saints from the dry, scorched earth of Middle East has blossomed in the moist, olden soil of Bangladesh. Nevertheless, the fruit it bore is considered forbidden by fundamentalists- as forbidden as Gandham (the forbidden fruit of paradise). Today any and every place- from Afghanistan to Iraq, from Madrid to London- is vulnerable to the threats of the prevailing “culture of bombing”. Even the deceased saint and his followers cannot escape this terror.